The GPD Win Max 2 is a mini laptop with a 10 inch, 2560 x 1600 pixel touchscreen display, a backlit keyboard and built-in game controllers above the keyboard that lets you hold the system like an oversized Nintendo DS or Game Boy Advance SP for gaming.

With a choice of AMD Ryzen 7 6800U or Intel Core i7-1260P processors, though the Win Max 2 is a full-fledged gaming PC. First unveiled in March, the GPD Win Max 2 is expected to begin shipping in September, 2022 and it goes up for pre-order July 7 through an Indiegogo crowdfunding campaign with prices starting at $899.

That starting price is for a very limited edition configuration though. Most backers will likely end up paying $999 or more. Here’s a run down of the pricing/configuration options that will be available during (and after) crowdfunding:

That $899 entry-level model is an Indiegogo exclusive that ships with just a 128GB SSD, which isn’t much storage space for a gaming PC. But the GPD Win Max 2 has user upgradeable storage: the models listed above all ship with a M.2 2280 PCIe 3.0 NVMe SSD that can be replaced with up to a PCIe 4.0 SSD, but there’s also a smaller M.2 2230 PCIE 4.0 socket that can be used for additional storage.

In addition to analog sticks, a D-Pad, and action buttons, the computer has shoulder triggers and two programmable action buttons on the bottom of the case, plus a trackpad between the controllers. 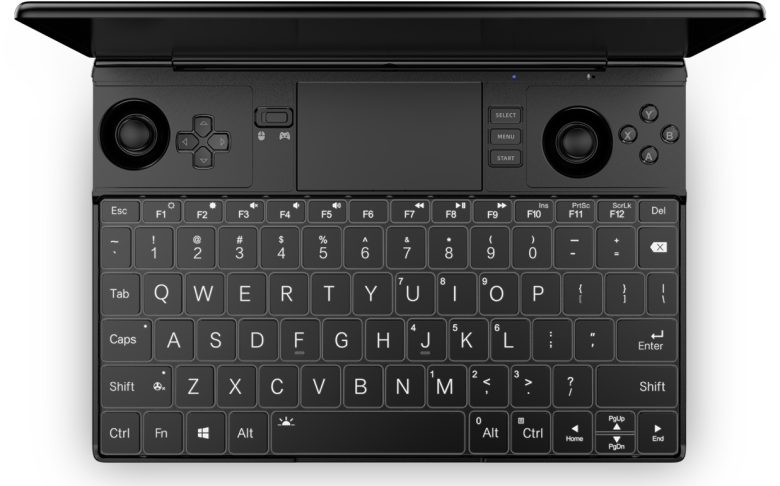 While most recent handheld gaming PCs are clearly designed exclusively for gaming, the Win Max 2 is basically a netbook-sized computer with a keyboard large enough for touch typing and a screen that might be large enough for getting real work done (I find multi-window multitasking tasking on 10 inch laptop screens can be a pain, but it’s theoretically possible). GPD even includes covers that you can slide over the game controllers when you’re not using them, to give the computer a more professional-looking design.

It’s also one of the few devices in this category with optional support for cellular data thanks to an optional 4G LTE module which will sell for $79 during crowdfunding or $89 at retail. The module supports LTE-TDD bands B34/Be38/B39/B40/B41 and LTE-FDD bands B/1/B3/B5/B8.

Here are detailed specs for the Win Max 2: 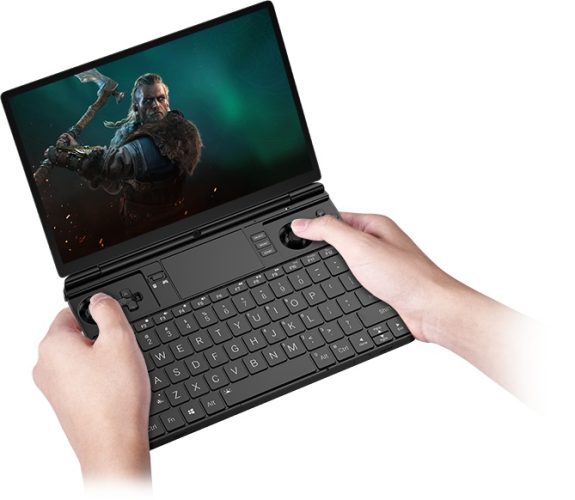 You can find more details at the Indiegogo preview page or the Win Max 2 page on the GPD website. Or check out our handheld gaming PC comparison table to see how the Win Max 2 stacks up against the competition.

One more thing to keep in mind before pulling out your wallet: GPD, like most of the small Chinese companies operating in the niche handheld gaming PC market, has an occasionally spotty track record with quality control and customer support issues.

While the company has put out some very interesting hardware over the past few years, it’s also made snafus like shipping some devices with incorrect components or other hardware defects. So proceed with caution and expect that while you’ll literally get what you pay for, you may have trouble getting support from the company if you run into any hardware or software issues with the device that eventually shows up on your doorstep.

Liliputing’s primary sources of revenue are advertising and affiliate links (if you click the “Shop” button at the top of the page and buy something on Amazon, for example, we’ll get a small commission).

But there are several ways you can support the site directly even if you’re using an ad blocker* and hate online shopping.

Contribute to our Patreon campaign

* If you are using an ad blocker like uBlock Origin and seeing a pop-up message at the bottom of the screen, we have a guide that may help you disable it.